This is a good site for gull watching. Many gulls roost at the end of Harbour Arm at high tide and occasionally attract more unusual species such glaucous gull and sabine’s gull.

This is also a good site for sea-watching but can get very disturbed due to anglers and tourists so it is best to sea-watch further east on Rock-a-nore beach. 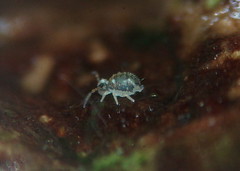