Filsham Reedbed is one of the largest reedbeds in the county and its position within the expansive, largely intact Combe Haven SSSI wetland complex adds to its ecological importance on a regional scale.

It also forms part of an extensive band of varied semi-natural habitats, which encircles the western edge of Hastings, the west Hastings Prime Biodiversity area.

On a national scale Combe Haven SSSI is of outstanding ecological importance for its component habitats and species assemblages, with the fen vegetation and reedbed being nationally important habitats.

The terrestrial wet grassland invertebrates and diverse water beetle, dragonfly and plant communities of the ditch system, as well as the breeding bird population of the reedbeds, lowland wet grassland, open water and margins are all of national importance for nature conservation.

(Photo above by Crystal Ray, check out her superb flickr gallery which contains many images from Filsham Reedbed)

One response to “Filsham Reedbed” 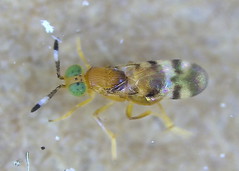