There are a small number of scarce breeding birds that nest in Hastings. The most important being black redstart. The undercliff of Hastings Country Park Nature Reserve was the first site in Britain this species started to breed regularly. The species now also breeds in other sites around the town and in some years up to eight pairs breed in the Borough. The number of pairs breeding in Britain fluctuates between 25-100 pairs so the Hastings population is a significant proportion of the national breeding population and one of the most stable and reliable populations in Britain.

Other scarce breeding birds that have nested in or near the border of Hastings & St Leonards are barn owl, peregrine, raven, little egret, marsh warbler, spotted crake, Savi’s warbler, and dartford warbler.

The visible bird migration over and past the coast of Hastings can be spectacular involving thousands sometimes tens of thousands of birds during autumn and spring. The bulk of the birds that make up this migration are brent geese in spring and swallows, house martins, meadow pipits, wood pigeon and redwing in autumn. Redwing migrate at night so the only way to witness their migration is to listen to the calls of hundreds sometimes thousands of flocks of this small thrush on clear still nights in late autumn.

Amongst the more common birds a great many other species can be seen. The most notable species seen during migration watches have been caspian tern, great white egret, spoonbill, purple heron, black kite and red-rumped swallow. The best sites for witnessing wildfowl, wader and seabird migration is from either Galley Hill or Rock-a-nore Beach. The best sites for witnessing overhead visible migration of songbirds and raptors is from White Rock Gardens, Castle Rocks, East Hill and Warren Glen.

As well as birds seen on migration many grounded migrants can be seen during migration periods. Sometimes large falls of song birds can be witnessed including many hundreds of migrants. The most numerous species are usually chiffchaff, willow warbler, goldcrest, meadow pipit and blackcap but there is usually always scarcer species amongst such as firecrest, pied flycatcher, and brambling. Occasionally much rarer birds will be grounded on migration such as hoopoe, sardinian warbler, pallas’s warbler, laughing gull, radde’s warbler and dusky warbler. Grounded migrants can occur anywhere in Hastings but the best sites are Combe Haven Valley, Summerfields Wood, Castle Rocks and Hastings Country Park Nature Reserve. 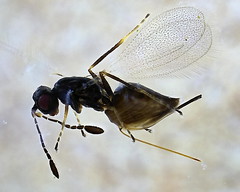